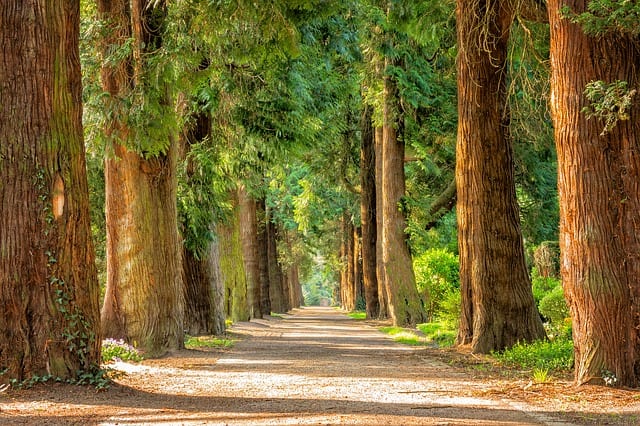 When we became members of the Green Apple Organisation, they planted 100 trees in our name as part of the Billion Trees campaign.  And we’ve won a Gold award in the Green Apple Environmental Awards, so they’ll plant another 100 for us for that too!

That’s pretty cool: 200 trees, planted in the name of KinetIQue, our previous name.

But we were curious, and wanted to know what the Billion Trees campaign was. And when we found out, we thought you might be interested too.

SO, THE BILLION TREES CAMPAIGN

Professor Wangari Maathai, was an inspirational and visionary Kenyan woman, who founded the Green Belt movement in 1977 and was awarded the Nobel Peace Prize in 2004 for ‘her contribution to sustainable development, democracy and peace’.  An executive in the US proudly told Professor Maathai that their corporation was planning to plant a million trees – her response was “That’s great, but what we really need is to plant a billion trees.” Sadly, Professor Maathai died in  2011, but her legacy lives on.  She was responsible for the planting of 30 million trees in Africa in her lifetime, and said, “It’s the little things citizens do. That’s what will make the difference. My little thing is planting trees.”

Her legacy is not only those 30 million trees, but the idea of the Billion Trees campaign.

The United Nations Environment Programme began the Billion Trees Campaign in 2006, with a target of planting 1 billion trees, which was achieved within the year. Once 2 billion trees had been planted, the target was raised to 7 billion, in time for the Climate Change Conference in Copenhagen in 2009.  This target was met too, three months early!

Since then, the initial partnership between governments, organisations, communities and individuals has grown into a considerable organisation, and by December 2011, more than 12 billion trees had been planted, across the world.

In 2011, management of the scheme, together with the World Tree Counter, was handed over to Plant-for-the-Planet, a youth-led not-for-profit organisation based in Germany.

Plant-for-the-Planet began in 2007 with much the same aim – with a child’s school project sparking initial interest, and the view that children could plant a million trees while adults were still talking about it, and begin to make a difference to climate change. Their catchphrase is ‘stop talking, start planting!’  These children have reached their target of 1m trees in just 3 years.

The World Tree Counter, at time of publishing this blog (November 2018) stood at 15.2bn trees, in 193 countries. (Check the latest figure here!)

The only thing is, the target has moved again.  These ambitions children have designs on planting 1 trillion trees.

That’s a LOT of trees.

(See the press release about it here )

BUT WHY PLANT TREES?

Anyone with any knowledge of biology and climate change will be able to tell you that trees produce Oxygen and  absorb CO2, Carbon Dioxide, and that the production of CO2 by humans is one of the causes of man-made climate change.  Each tree removes 10kg of CO2 from the atmosphere every year (more in the Tropics), and releases 130kg of Oxygen (as well as taking in 5kg of airborne pollutants).  All of which makes trees a Good Thing.

But there are other reasons too.

Trees also regulate precipitation and are an important part of the water cycle.  A big tree can take 370 litres of water from the ground PER DAY, and release it into the atmosphere, helping form clouds and causing rain. This process causes around 40% of the world’s annual rainfall. In addition, the clouds help cool the earth by reflecting the sun’s rays back into space.

The large roots of trees help stabilise the ground, preventing soil erosion.  Also, trees, and the other plant life that will colonise an area once trees are established, provide valuable habitat for birds, animals and  insects.

Scientists funded by Plant-for-the-Planet have established that there used to be six trillion trees on Earth, and now there are around three trillion.  It’s obviously not a precise measure, but the broad brush-stroke facts remain – there were many more trees than there are now, and we’ve done that, as a race. The same study concluded that there was space for another trillion trees, without compromising sustainable agriculture, hence the new target for Plant-for-the-Planet.

WHERE ARE THEY GOING?

They are going where they are needed, in a nutshell.

Plant-for-the-Planet has a plantation of its own, on the Yucatan Peninsula, Mexico, where trees are planted, tended and harvested sustainably.  Yes, they’re cutting them down as well as planting them, because the CO2 stored by trees remains stored when the tree is made into wood-products, as opposed to being left to rot, when it is lost.

The greatest acceleration in the rate of deforestation (ie where deforestation is taking place more and more each year) is occurring in Cambodia, Sierra Leone, Madagascar, Uruguay, Paraguay, Liberia, Guinea, Guinea-Bissau, Vietnam and Malaysia, so these are places where work is being done to reforest.

So, that is the Billion Trees Campaign, and I hope that explains why we are so happy to be part of it.  We hope you feel that you too are a small part of this!  If you want to be a larger part, Plant-for-the-Planet is always looking for donors, and support.  Tell them we sent you!