The scientists examined tiny specks within the diamonds, impurities known as inclusions, using spectroscopy to determine their chemical make-up, establishing that the inclusions were fragments of rocks from the lower mantle of the earth, further down than any other gems.  Understandably, they weren’t allowed to cut open the diamonds, as blue ones are far rarer than regular white diamonds!

Mined blue diamonds gain their blue colour from boron, an element found at the earth’s surface, and in underwater mineral deposits, but until this piece of research, no-one had been able to establish precisely how  this occurs.  Now scientist believe that the surface boron was forced deep into the earth by tectonic plate movements, pushing it into the same areas in which the diamonds were being formed.

In the world of mined diamonds, blue diamonds account for 0.02% of the gems found.  They are very desirable and highly sought-after, so you are unlikely to be able to purchase one unless you have very deep pockets indeed!

We introduce measured amounts of boron into the chamber when the carbon is being formed into the diamond layers, and it is then trapped in the lattice structure.  This means that when you look at the diamond, blue light reflects back.

We are hoping to provide blue Lab Grown Diamonds in the near future.  For now though, we can source blue lab-grown sapphires, which are the next best thing.

Here is an example of blue lab-grown sapphires made into a bespoke ring, for you to take as inspiration – enjoy! 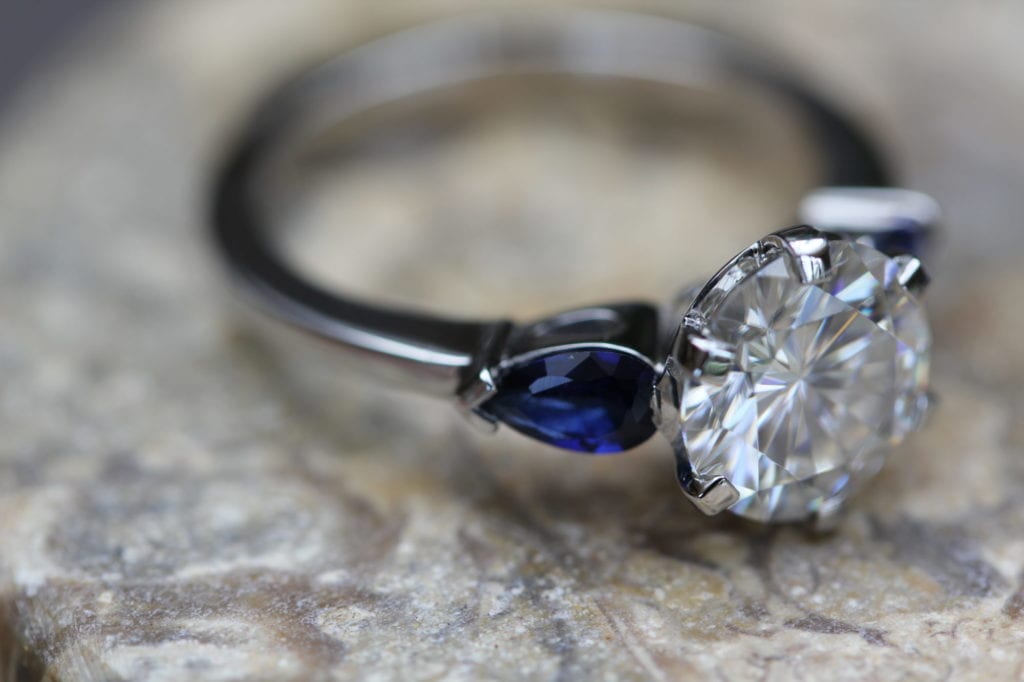