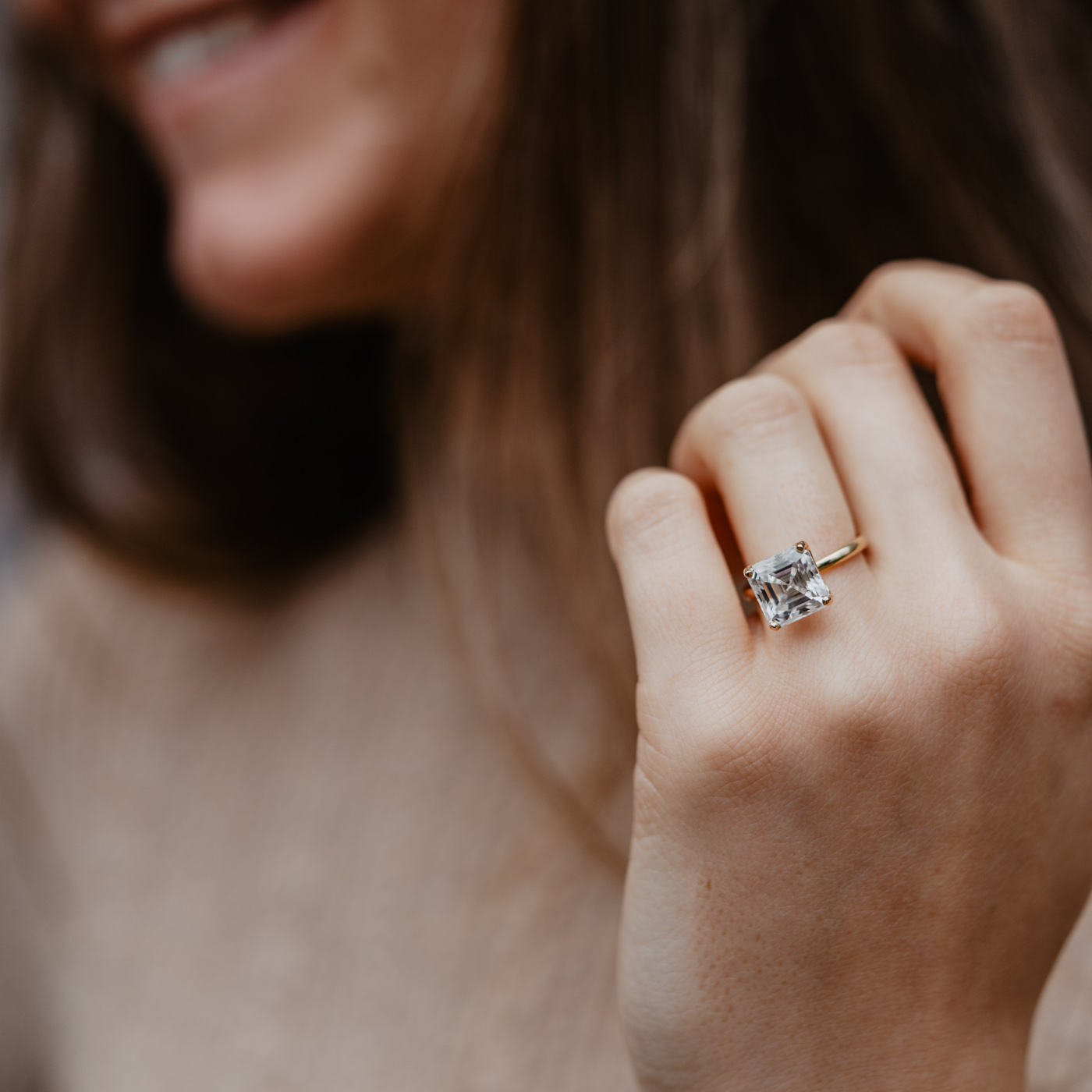 It’s always interesting when people in the public eye get engaged – we like to see who’s tying the knot with whom, how they announce it, and also, the engagement ring that they choose.

Celebrity engagement rings are fascinating to us for several reasons. We like to see how the other half lives, to see what can be purchased when money is no object. We like to test whether bigger is actually better, if that much money does in fact buy an awesome ring, or whether it’s actually so ostentatious, it’s almost funny. And we like to see whether there is some element of the style of the rich and famous that we can emulate; if so-and-so’s huge oval diamond can be translated into a wearable, affordable oval diamond that could look good on our own finger.

So, let’s have a look at some of the more high-profile engagements, and rings, of 2020, to see whether money equals style, and if that style could work for normal mortals.

Actor Lily Collins has just announced her engagement to director Charlie McDowell (October 2020). Her ring is a rose cut diamond, in a yellow gold setting, and is estimated to be worth $75,000-$100,000. The rose cut is very unusual, and flatter than many cuts of diamond, which means that it appears larger than, for example, a round brilliant cut of the same weight. Hers is also cut to appear transparent, with her skin visible through the stone. 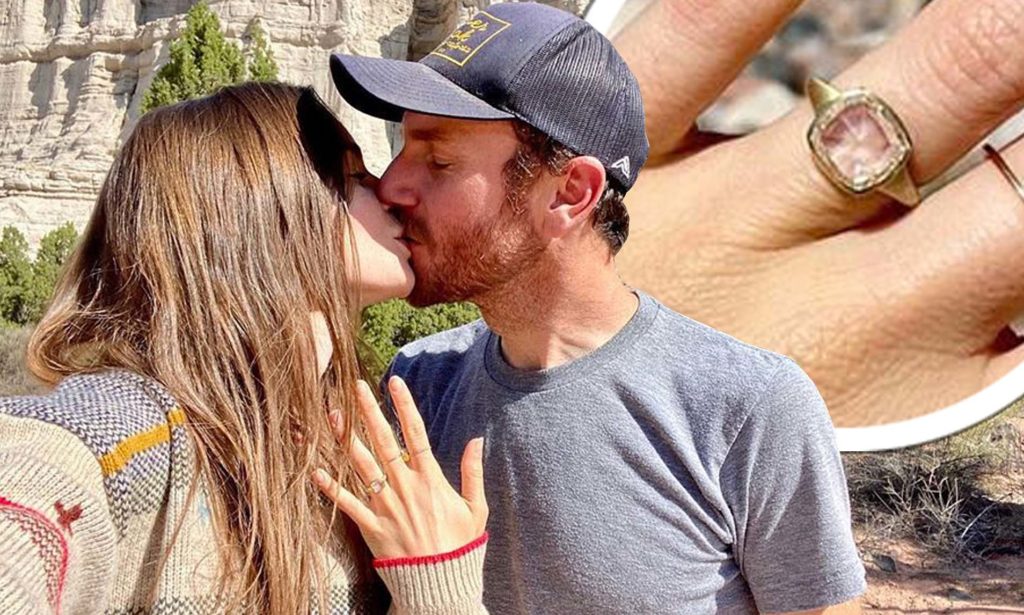 Our Lovina ring has a similar shallow setting to Lily’s, but with a delicate halo around it, which sets it off beautifully.

Another summer 2020 engagement was singer Demi Lovato, who got engaged to actor Max Ehrich in July, and split up with him in September – oops! Max is apparently broken hearted, but the engagement ring was gorgeous.  A rumoured $1m, or maybe it’s $3.5m, depending on your sources, this ring has a 10 carat emerald cut diamond, with two trapezoid shaped diamonds flanking it, and a band which is platinum, or white gold. 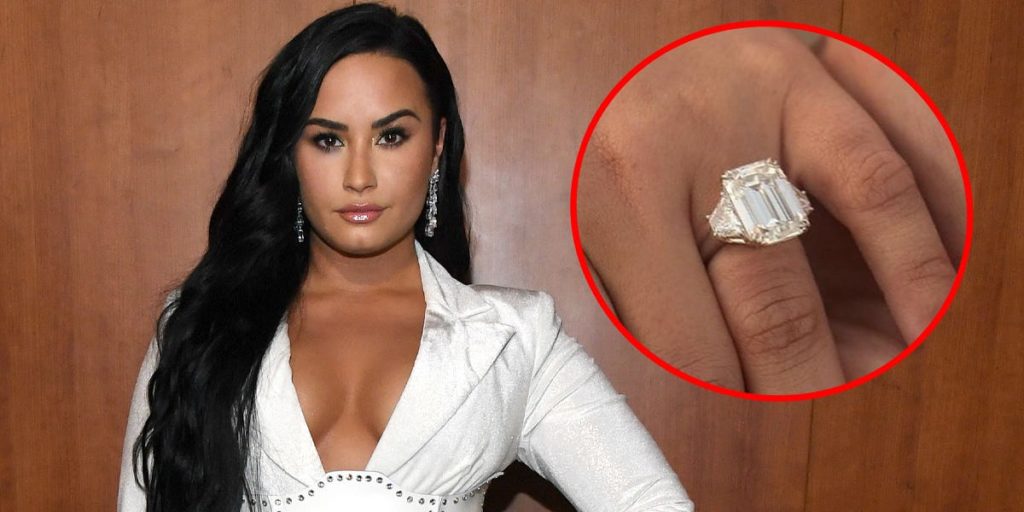 Ethica Diamonds has a selection of emerald cut diamonds, and we think the Willow is a real-world alternative to Demi’s ring, that is actually wearable!  (We trust your relationship will last longer than hers too.)

The Willow has an emerald cut central stone, with a pair of pear cut diamonds flanking it.

Following months of speculation, Margot Robbie confirmed the news earlier this year that she has married Tom Ackerley, with a stunning snap of her pear-shaped diamond engagement ring.

After months of speculation regarding their relationship, Robbie confirmed the marriage on her official Instagram account. The photo shows the actress simply her flipping her ring finger with a pear-shaped diamond ring while kissing her new husband in the background.

Not only did Margot announce her engagement in typically fun fashion, she did so by showing off the most heavenly ring; sparkling pear-shaped diamond set on a delicate band embellished with pavé diamonds. 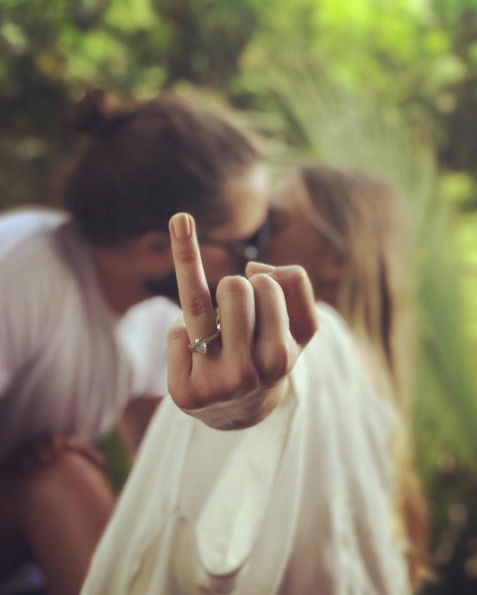 Announced their engagement in September 2020, and shared with the world Myleene’s highly unusual black diamond engagement ring. The pair designed it together, after Simon proposed with a promise ring, and the finished item features a very rare 7.6 carat emerald cut black diamond, with a halo, and a split shoulder-set band.

If you feel the need for a black diamond alternative on your hand, then call to talk to us about bespoke rings, and coloured gemstones. 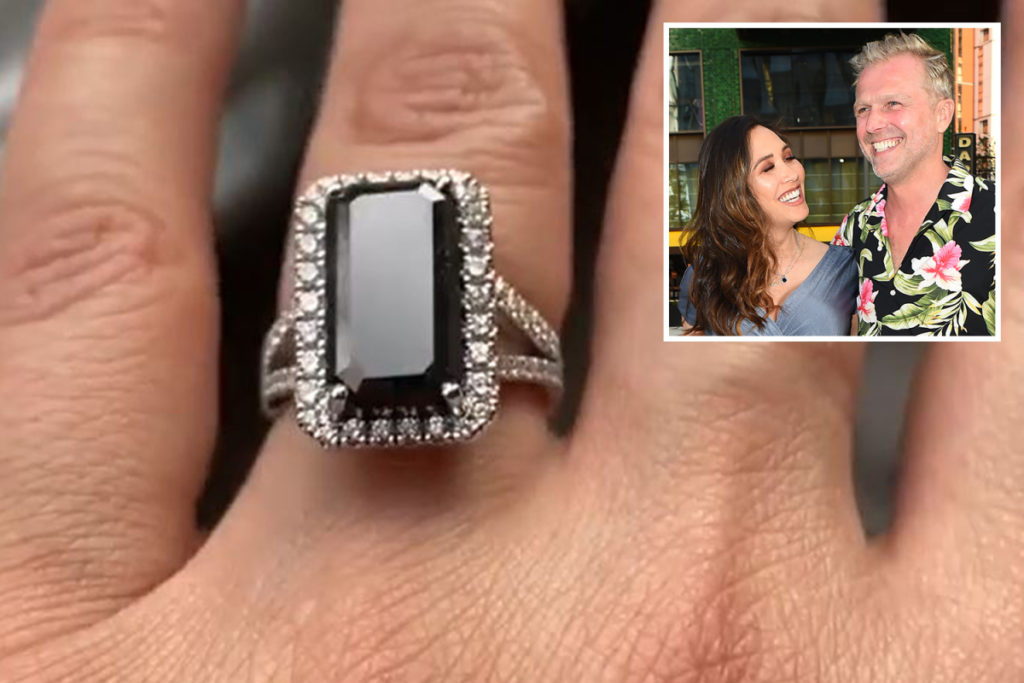 Son of David and Victoria Beckham, has announced his engagement to girlfriend Nicole Peltz, with an emerald cut solitaire ring, rumoured to be 4.5-5 carats in weight, and with a cost estimated to be anything up to £3m. 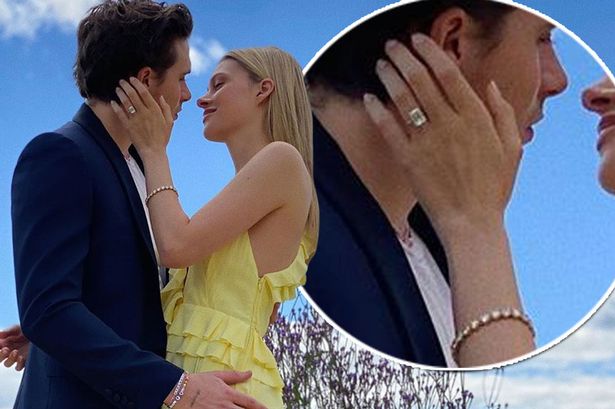 We’re definitely seeing a theme here, with this abundance of emerald cut diamonds.  For a more ethical alternative to a mined diamond (whatever colour you prefer), check out our range here.

Our current favourites in the emerald cut collection are the Tia and Eden designs, which have the stone running along the band, rather than across it.  See what you think! 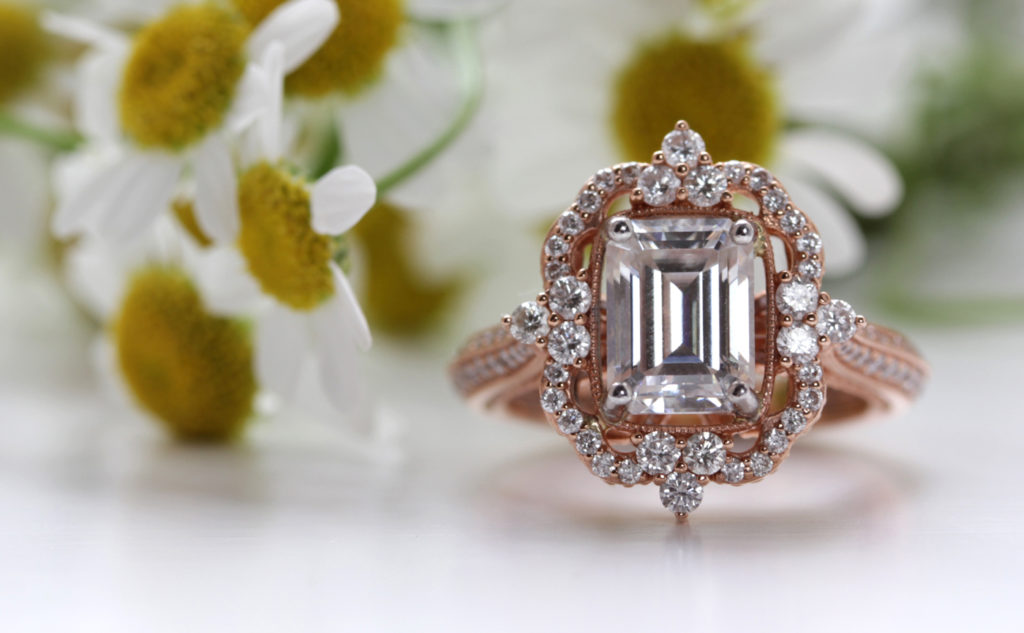 Want to create your dream celebrity inspired ring? Ethica Diamonds specialise in bespoke design and we can make your dream a reality!

If you are ready to start your own journey with us, then get in touch! We can create a piece of bespoke jewellery especially for you, set with our carbon neutral lab-grown diamonds from Diamond Foundry or the Ethica Diamond alternative.