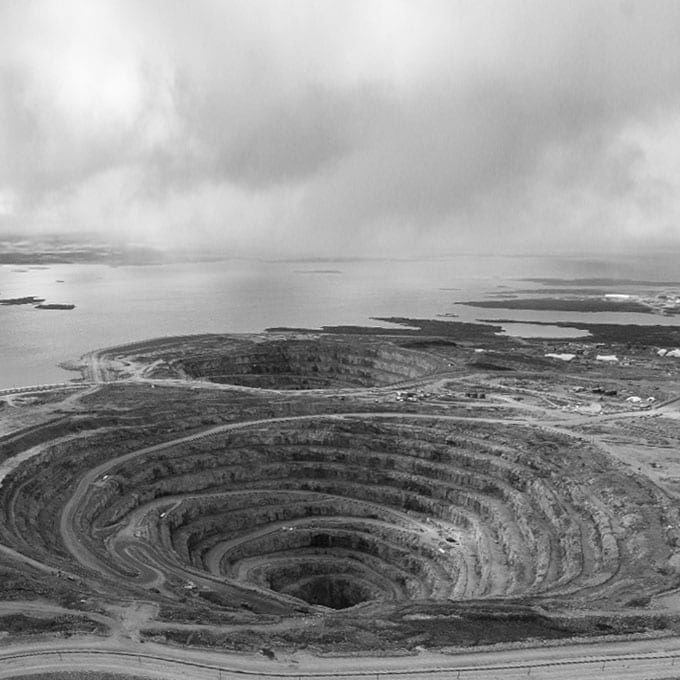 IS SUCH DEVASTATION TO OUR EARTH WORTH ALL OF THIS FOR THE SAKE OF VANITY?

Consumers are led to believe that there is a certain romance in wearing a diamond that has grown in the belly of the Earth for millions of years, particularly “ethical” Canadian diamonds which are sold with a higher price-tag for that reason.  Retailers and suppliers claim that Canadian diamonds are ethically sourced, will advocate the CanadaMark and are free from all conflict.  However, given the destructive nature of mining, including gold and diamonds, we would strongly disagree that Canadian diamonds are completely ethical and certainly not conflict-free. Here, we want to talk about the truth about Canadian diamonds and what you should know before you make the purchase for an ethical diamond.

There’s no romance in a stone that has been pulled from the Earth causing irreversible damage to delicate eco-systems and environments or with potential human harm.
It’s a contradiction.  Any gift of love from the heart should not result in such irreversible damage.  Canadian diamonds are not an ethical choice.

The 3 standard types of diamond mining include open pit mining, hard-rock mining and alluvial mining.  There’s also marine diamond mining which is extremely damaging, since eco-systems that haven’t even been fully understood are being destroyed.
Each year, over 150 million carats of diamonds are extracted from the Earth through mining. To do so, enormous amounts of soil needs to be removed and processed.
The diamond industry would like consumers to believe that the benefits of formal (regulated) mining far out way the environmental impact, however, the truth is that mining is catastrophic to eco-systems, the environment and its indigenous people.

CASE STUDY OF THE ENVIRONMENTAL IMPACT OF THE VICTOR MINE – CANADA

Water Impacts from Victor Mine for Canadian Diamonds

Land Impacts from Victor Mine for Canadian Diamonds:

Wildlife Impacts of Victor Mine for Canadian Diamonds:

A report released by the Canadian Parks and Wilderness Society’s (CPAWS) Wildlands League has alleged that neither De Beers nor the national government monitored mercury risks from the Victor Diamond mine in northern Ontario. The study titled “Nothing to See Here” is the result of an investigation carried out by the environmental group for 18 months and calls for environmental monitoring of the Victor mine. The investigation found failures in self-monitoring and increased concerns about entrusting the company to protect the environment in which it operates. CPAWS Wildlands League policy and research director Trevor Hesselink said: “De Beers has failed to report on five out of nine surface water monitoring stations, a mandatory requirement of its permit, for the last seven years. “To compound matters, it is the downstream mercury samples that are not being reported.”

De Beers denied the allegations and stated that its environmental data is often misrepresented. De Beers spokesperson Tom Ormsby told CBC News that the company collects data from 200 ground wells and 15 surface wells and submits it to the government. Ormsby said: “Some sample sites that were relevant in the past may no longer be the most relevant or material now as the mine moved from construction to operations.” The Victor mine opened in 2008 and has an expected operations life of ten years.

Production officially ceased from May 2019. The news came 10 years and 10 months after the Victor mine was officially opened in July 2008.

Contrary to mining, no water or air pollution results from the production of CVD laboratory created diamonds. There are no devastated ecosystems associated with it, nor or substantial amounts of water, hazardous chemicals or any other environmentally dangerous substances or processes, so the carbon footprint is negligible.  The same cannot be said for HPHT lab grown diamonds, since the energy required to create them is so vast, but CVD methods use a fraction of the energy.

Our Ethica Diamond is an exceptional stone that is grown in a lab and the toughness, longevity, brilliance and independent grading which exactly matches that of pure diamonds. Every stone is consistently VVS1 in clarity, E in colour, and Ideal cut, or Hearts and Arrows cut in the case of round brilliants, which is the best cut available.

These exceptional ethical diamonds have been created by a leading university who are market leaders in gemstone science, combining the latest technology together with the least impact on the environment.   It is also independently certified by the GRI, a trusted global research institute and each stone is laser marked for identification and verification purposes. The certificates that we provide are also a trusted means of insuring any piece of our jewellery.

Each ethical Ethica Diamond is grown under strict conditions and is cut and fully faceted to exact diamond proportions, giving it incredible depth and realism. This stone truly radiates the same sparkle and brilliance as the most expensive earth mined diamonds and are made to last forever.

Since the creation of our Ethica Diamond is not tied to the diamond industry, and unlike mined diamonds, including Canadian diamonds, they are independently priced based on the cost of production and research & development, rather than being artificially inflated.  Therefore, we are able to bring them to the customer at a fair price and know that they are truly ethical diamonds. 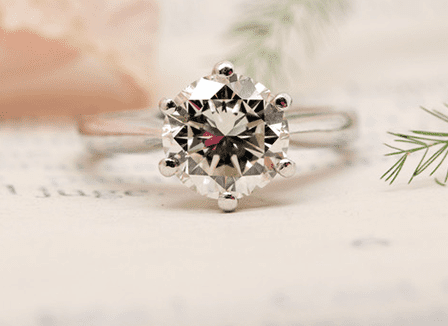 Our diamonds are very close in chemistry and optically identical to a diamond found in nature.