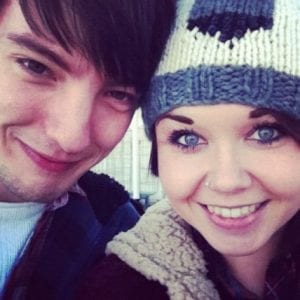 Opposites attract, they really do!

Joshua and Leona are a big city boy and a small town girl, she says he’s the brains and she’s the creative one in the relationship, but that’s not stopped them finding their own happily ever after, despite several bumps in the road. And it’s not stopped him finding a charming and creative way to propose either, but we’ll come to that… 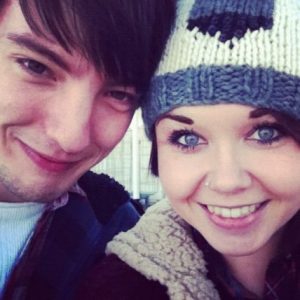 Josh and Leona met briefly through friends, and added each other as Facebook friends, then just drifted along on their own paths for several months.  It could all have disappeared before anything really began, but no – a picture of Leona appeared on Josh’s Facebook feed and he liked it and commented on it.  He says this was “an extremely rare and brave occurrence”, but it was enough to start a conversation, which led to meeting up, and a couple of dates.  It pays to be brave!

At this point, their fledgling relationship could have derailed again, as Leona began a four year university course in Canada. Not especially convenient, with a large chunk of ocean in between them, and a seven-hour time gap, but they managed to keep their relationship alive, with late night / early morning Skyping.  It was just a few months down the line that Leona realised being in a relationship with Josh was actually more important than being in Canada, so left her course early, flying home after just 6 months! 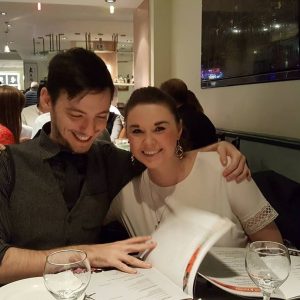 After Leona returned home, the pair dated properly for about a year, before deciding to move in together, and for Leona to begin dropping ‘hints’ about getting engaged.  Josh describes these as “heavy handed”, and his own efforts at establishing what kind of ring appealed to her as “not-so-subtle”, so maybe neither of them should get jobs in the United Nations…

So, Josh knew what he needed to do – find a ring, ask the girl. He’d known he wanted to marry Leona from very early on, and had in fact been planning to ask for her hand for just shy of four years, before he actually did.  Is this a record?  He says there was always something in the way – college, and Canada, initially, and other things later – he wanted to find the perfect ring, without using his entire life savings to purchase it, wanted to propose in a wonderfully romantic way, wanted it to be perfect.

After umming and ahhing for a while, Josh says, ”In the end, I decided that the proposal would be what made her happy, not the method of the proposal, so I looked around for a ring and tried to string together a romantic (or at least special) proposal on a budget. This resulted in a surprise proposal, disguised as a gift, on her birthday, in the place we first got together.”

He spent a while rummaging around on the internet, and found Ethica Daimonds, then realised that he was on the right track for the ring. Cost was important, he says, but also knowing that it was ethically sound, because he’d realised that a mined diamond wasn’t going to work for them.

At this point he hit another snag.  He’d left it a little too late to get the ring he wanted for Leona, in time for her birthday proposal.  (We might assume that Leona is the organised one in this partnership, perhaps?) However, Emily here was able to send a sample ring, which arrived just in time for Joshua to propose with it, on the beach, where he’d first asked Leona out.

Leona was surprised, at least at the timing, and was delighted with the Crissa ring in rose gold that Josh chose.  She says it’s perfect.

Congratulations to them both, and let’s hope the rest of their relationship is a smooth journey!