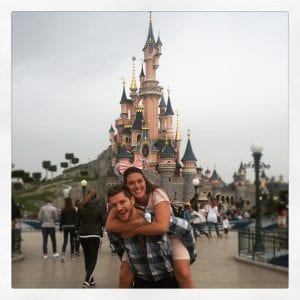 Proposing in Paris – Akos and Cara

Where do you find a Hungarian engaged to an American? Scotland, of course!

Hungarian Ákos, met American Cara, through a work colleague, and they fell in love. After many months spent travelling between countries, she was accepted to study for a Masters in Glasgow. Ákos followed Cara to the UK, and they were able to settle in the same city for the first time. They had been dating across continents for several years, and it was clear that things were getting serious. They’d talked about getting married, and been out looking at rings together, so Cara was kind of expecting a proposal at some point. Ákos, though, had more of an elaborate proposal in mind than just simply asking her. Oh yes, the man had Plans!

Having established what kind of ring appealed to Cara, he found himself on the Ethica Diamonds website, drawn to our ethical stance, and the perfect rings he saw there. He chose a Cordelia ring, in lovely warm rose-gold, which is not a common choice among our customers, but it sets off the lab-grown stones beautifully – plus it’s Cara’s favourite. So, he’s prepared… 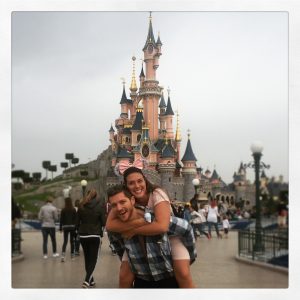 The pair planned a holiday in Paris in the late summer, because it was romantic, because it’s a lovely place to visit, but also because Cara had worked in Disneyworld in America, and wanted to visit Disneyland in France, to make some new Disney memories with Ákos.

Ákos had gone to Paris with a ring in his pocket, considering scenarios for how he might pop the question, but hadn’t finalised anything. He had made a book for Cara, detailing all the reasons he loved her, with hand-drawn illustrations on the pages, finishing with a simple question on the back page: ‘Will you marry me?’ He carried it all over Paris, waiting for the right moment.

Then one evening, Ákos and Cara went to an outdoor bar, on the banks of the Seine, and spent the evening dancing to jazz and swing music under the fairy lights, with the Eiffel Tower sparking in the background. It’s starting to sound like a film, and you can practically hear the orchestra in the background, when Cara says, ‘this is a perfect place, isn’t it?’

Ákos, having been on the look-out for a perfect moment, recognises this one when it presents itself. He hands Cara the book at the end of the evening, and then presents her with the ring as she reaches the last page and reads his question. 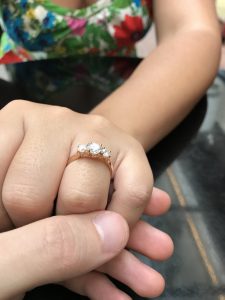 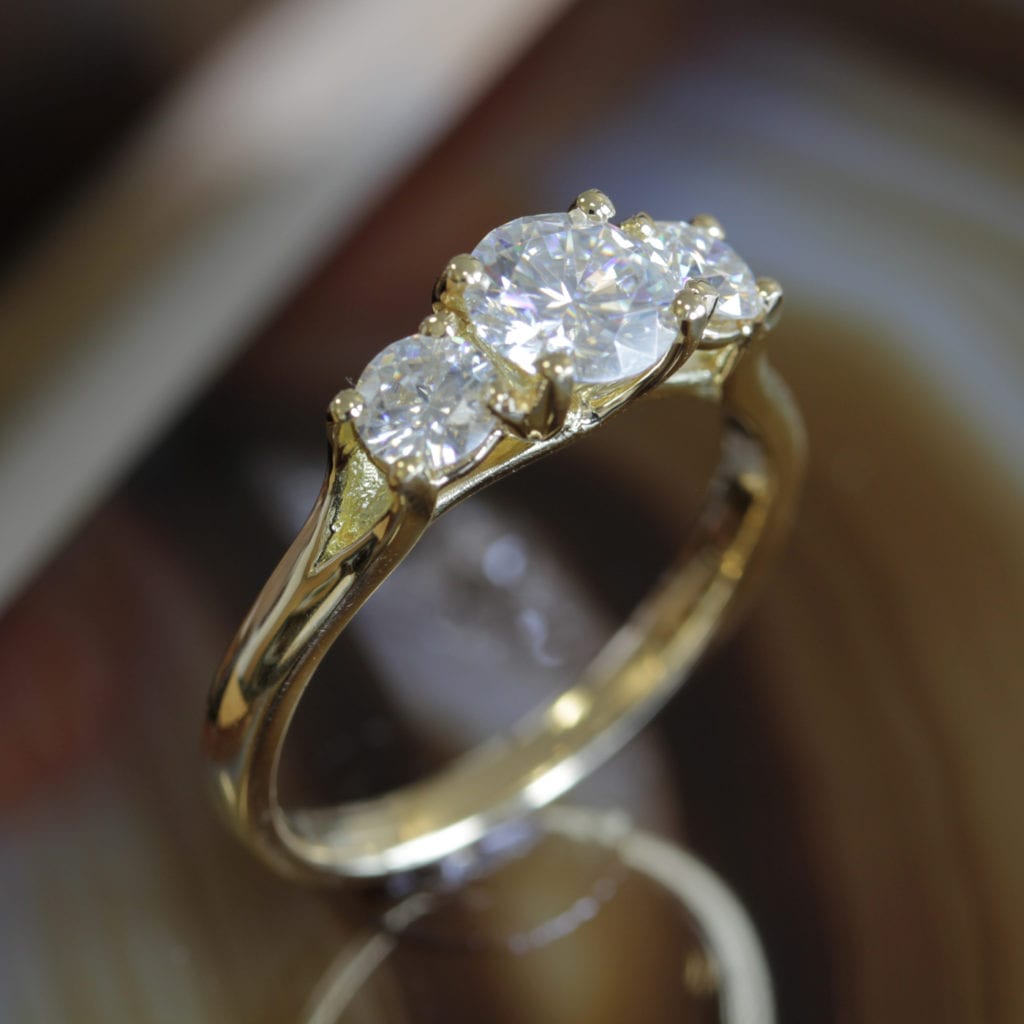 The romantic Cordelia trilogy design features elegant, graduated prongs in a tulip setting, allowing light to reach the three lab-grown stones from all angles to maximise their brilliance.

Cara, knowing she has a treasure here, of course says yes! You can tell from the pictures that she loves the ring, describing it as ‘the most perfect ring she could have imagined’. We think she quite likes being engaged to Ákos, too!

We wish them many years of happiness together!