Sapphires and Lemurs – not a happy combination

Everyone recognises a sapphire, a beautiful blue gemstone, most usually a cornflower blue / royal blue shade, and perhaps most famously used in the engagement ring worn by Princess Diana and now Catherine the Duchess of Cambridge.

There are some amazing sapphires in collections and museums around the world, including the Logan Sapphire, one of the largest facet-cut sapphires in the world. It is currently housed in the Smithsonian Institute, and is a generous 422.99 carats.

The Rockefeller Sapphire is a rich blue colour, 62 carat stone, with a crisp rectangular cut that gives it a modern feel, despite being designed in the 1940s.

Sapphires are mined from seams in the rock, or found in alluvial deposits, where they have been washed free of their bedrock over time, and travelled down river. These are found in certain locations in the world, including South East Asia, (Sri Lanka, Myanmar, Thailand, Vietnam, and Laos) and Africa (Tanzania, Kenya, Nigeria, and Madagascar). Sapphires are also found in Central Asia, Australia and North America, but Madagascar produces around half of the world’s supply of the stone.

And this is where it gets interesting.

Madagascar is the fourth largest island in the world, and in size is between France and Spain, although with less than half the human population, and the unenviable status as one of the poorest countries in the world. Madagascar is famous for its wildlife, the unique creatures that live there, having evolved in isolation from the rest of the animal population for over 88 million years. Over 90% of the plant and wildlife species on Madagascar are only found there, which makes it a hugely important conservation area, and subject to international protection for its biodiversity. 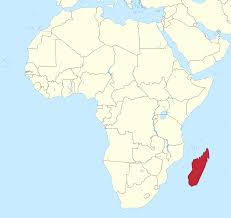 Most people, if asked to name an animal from Madagascar, would start with lemurs. In the famous series of Dreamworks animated films named after the island, the lemurs are portrayed as quirky, bouncy, curious and exotic in appearance, which is more or less correct. The dancing, not so much, but we’ll leave that aside!

Where lemurs intersect with sapphires, the picture changes dramatically.

There is currently a ‘sapphire rush’ in Madagascar, as tens of thousands of people descend on remote rainforest areas in search of the gemstones, without concern for the protected habitats of the lemurs. There are 14 endangered species of lemur which make their homes in this area, and they are all at risk, as miners destroy rainforest to get at the sapphires. The mining operations have been described by the president of a US Sapphire company as the “wild west. Pretty much illegal – there’s no oversight, no taxes. It’s chaos.” It is estimated that around 70% of the stones uncovered are smuggled to Sri Lanka, roughly £120m, but it is impossible to say for sure.

The island’s largest lemur, the indri, used to be king here, but no more, and ring-tailed lemurs are being forced into small, isolated populations, which have a lesser chance of lasting out the sapphire rush. Ultimately, the survival of both species hangs in the balance, as trees are destroyed to access the soil, and lemurs are poached from the forest to feed the hungry miners.

If the look of sapphires appeals to you, but the reality of the conditions of their mining turns you away, think again.

Ethica Diamonds are able to source lab-grown sapphires, which are identical in every respect to the mined ones – and can be made in many shades of blue, and any size or cut, so you can have your sapphire, without the horrific environmental cost.  For more information, please contact us.