We have already discussed the Kimberley Process, the loopholes and abuses of this system.  We’ve looked mostly at Africa, considering displacement of indigenous peoples, and government-sponsored brutality.  Unfortunately, anywhere where there are diamond deposits, greed for the potential wealth of diamonds makes people act without regard for their fellow humans. 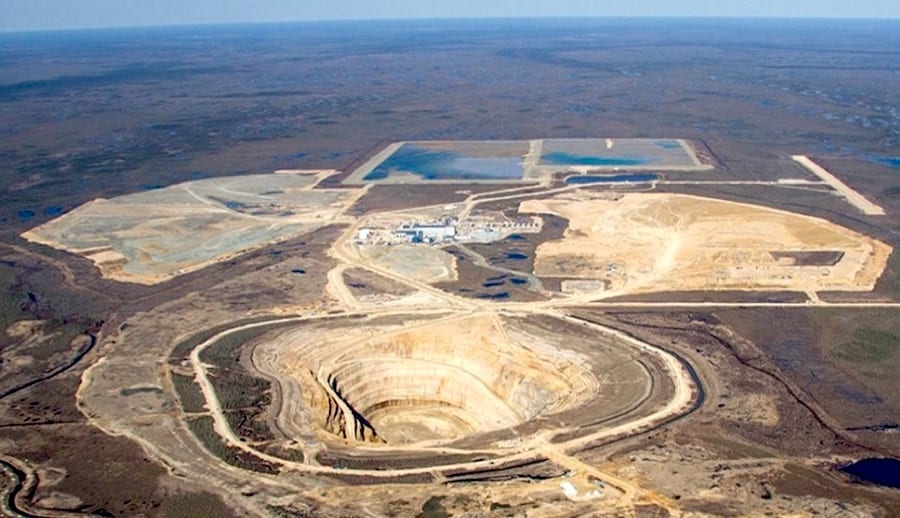 In Ontario, Canada, the Victor Mine lies within traditional Cree territory, about 90km upstream of the Attawapiskat community, part of the Cree Nation. The community hit the news in 2011 with issues around housing shortages and a failing sewage system, and questions were asked about why a town so close to such a huge mine wasn’t thriving as a result of the proximity. The modern Canadian mine tends to employ fly-in miners, who don’t actually live in the local towns, which relieves issues such as the need to accommodate them, and healthcare, but removes the opportunity for the miners to spend their wages locally as well.

Canada insists that mine owners create IBAs, Impact and Benefit Agreements, to compensate indigenous populations for the use of their land, and to gain local support for mines.  The financial aid agreed in these packages is often administered through Joint Ventures, which limits the amount of money actually reaching the communities involved. Whether or not the Attawapiskat community have benefitted from appropriate compensation under the IBA, the fact remains that they are suffering detrimental effects from their proximity to a huge diamond mine on their territory. 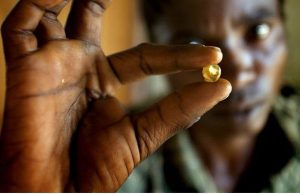 In Zimbabwe currently, very little in the way of predicted income from diamond mining reaches the treasury.  In 2012, $600m was predicted in diamond dividends (non-tax revenue), of which the finance minister reported receiving just $43m. In 2013, $61m was expected, and $0 declared, and in  2014, while $96m predicted, nothing was even reported!  This is a huge hole in the national economy, which the country can ill-afford.  Where the money has gone is an interesting question – proper transparency and tracking of mining revenues are certainly called for, as this is a country where 75% of the population is living below the poverty line despite huge natural resources.  A government initiative to get vulnerable children into education suffered a shortfall of $58m, leaving more than 900,000 children at risk of missing out on schooling.  Around 2 million people in Zimbabwe needed food assistance, totalling $11.9m in 2014, yet only $1.6m was able to be allocated by the treasury. There is a lot more to report on Zimbabwe, but it’s not good news.  A full article on the state of the diamond industry in this troubled country would run to many hundreds of words.

In Venezuela, the political situation is volatile, with the government and the opposition blaming each other for the country’s economic crisis, disputed elections, and the world taking sides.  With the highest rate of inflation in the world, and allegations of mafia involvement, rampant smuggling led to a closure of the border with Columbia in the days before Christmas 2016. Late president Hugo Chavez drew up plans to ‘solve’ the country’s financial dependency on oil by creating a the Orinoco Mining belt, taking up 12% of Venezuela’s land, including lush tropical forests, and fertile river basins.  This mega-mining territory along the Orinoco River encompasses gold, diamonds, iron and other minerals, at huge environmental cost, and had initial financial backers from the US, Canada and China.  Chavez’s successor Maduro oversaw the start of work here, and there has been widespread international silence on the subject, despite local voices protesting.  Concerns include outrage at the massive levels of deforestation required, and intellectuals, social campaigners and representatives of the 19 indigenous tribes who live in this area trying to raise awareness of loss of territories and lives. The eco-system in this area is fragile and had been under strict mining prohibitions, but where cases have reached the high court in Venezuela, they have been dismissed.

Artisan diamond miners, working with rudimentary tools, not industrial machinery, are often forgotten in the tales of blood diamonds and human rights abuses.  The diamonds they seek are not buried hundreds of metres deep, in Kimberlite deposits, but in the silt of rivers and valleys, or other surface deposits.  They can be discovered using techniques not unlike panning for gold, or extracted using basic tools from shallow mines, and it is estimated that 20% of the world’s gem-quality diamonds are produced in this way.  However, the process is sometimes illegal, often un-regulated, and usually bound up with exploitation of workers and unsafe working conditions.

Backbreaking labour, with men, women and children often standing for hours at a time in stagnant water, can be carried out under coercion. The very fact of sifting through the sandy sub-layers of soil for diamonds destroys the good topsoil, rendering the farmland useless, so no alternative means of earning a living exists.

In Rondonia, Brazil, the Cinta Larga Indians have been in conflict with artisan miners on their indigenous lands since the 1960s. Several governmental revisions of the community’s lands, always making them smaller, have taken place over the years, and their numbers have dwindled. Artisan miners have clashed with Indians many times, resulting in deaths and reprisals, together with arrests.  The local population has turned to mining for themselves, with dwindling land resources to support them otherwise, continuing despite local leaders suspending mining on indigenous lands in 2010.

Respect for our earth, which is after all only lent to us to look after for the next generation, is another thing which seems to evaporate in the face of the untold wealth that can be won from mining diamonds.

The Earth from space (NASA)

If you are buying a diamond for someone you love, whether an engagement ring or for another reason, choosing a stone which has such a dubious record surely takes the gloss off it.  The Ethica Diamond which we use in our jewellery, is created in a lab, and with a waste-product of water – only water.  This is truly an alternative that’s kind to the earth, kind to our fellow humans, and also kind to your wallet (10% of the price of an equivalent mined gem over ~1.25ct).  Why would you even consider a mined diamond, really?

For other blogs in this series looking at the true cost of mined diamonds, see our posts about the area surrounding a mine, water and wildlife.